I went to Forsyth Park in downtown Savannah this morning, partly because James Fleullan reported seeing Veery and Swainson's Thrush there. I wandered around and finally found an American Redstart, a Blackpoll Warbler and a Red-eyed Vireo. As I was headed towards my car on the west side of the fountain, approaching Whitaker St., I spotted a thrush. It had a brownish back, two-toned bill, grayish face and no buffy eye ring. I attempted to get photos.

Then I spotted a second bird a bit further away. My first impression was that it was a bit more red-brown than the first. I got a couple of more distant photos.


After that, someone came by walking a dog and both birds flew into a nearby tree. They eventually came back down, then flew again. I started following and photographing and got confused as to which bird was which. Here are a few other images. Comments appreciated! 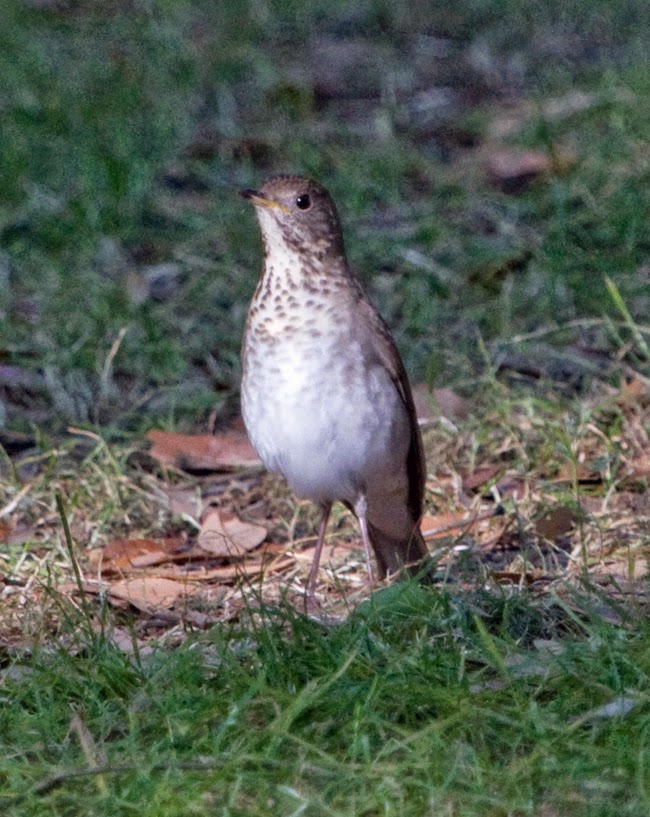 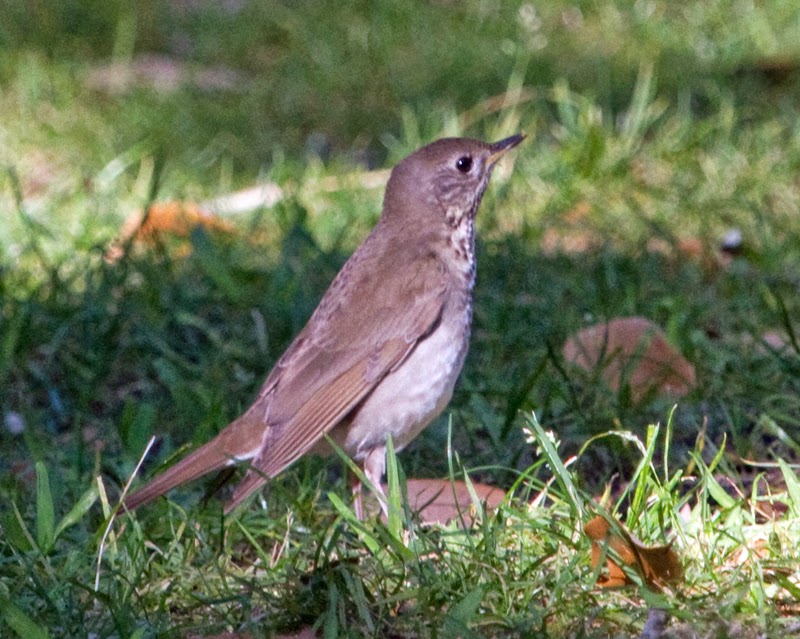 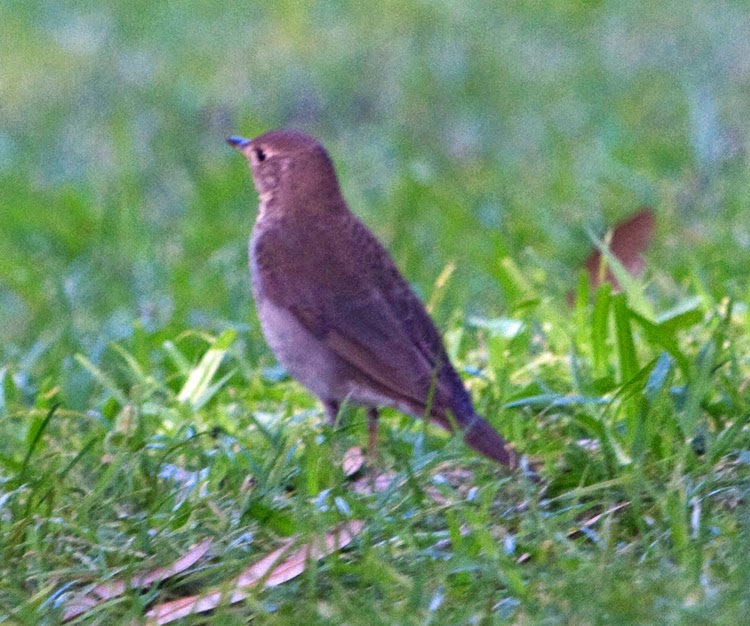 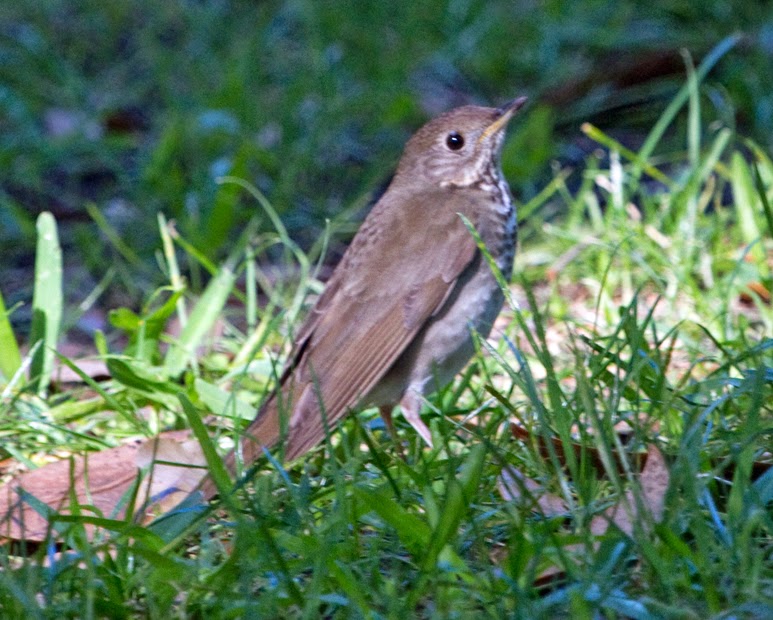 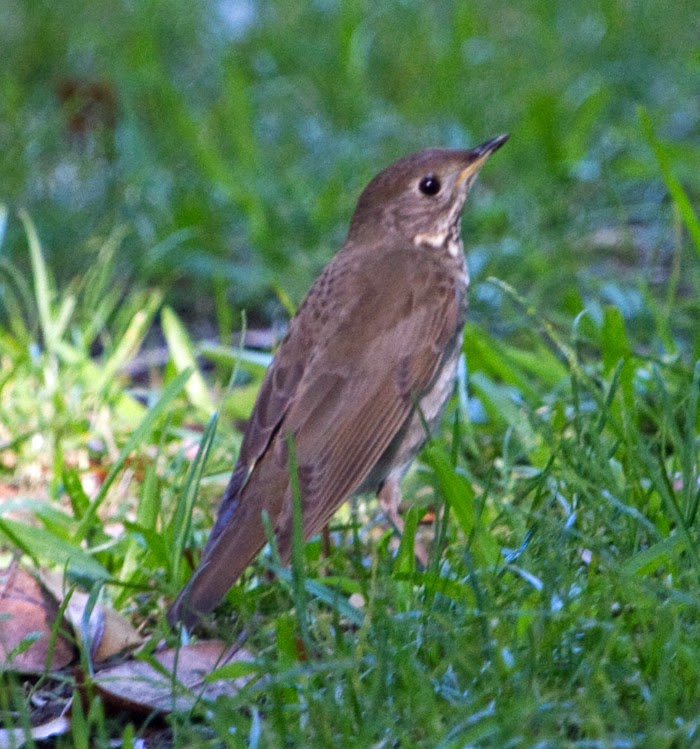 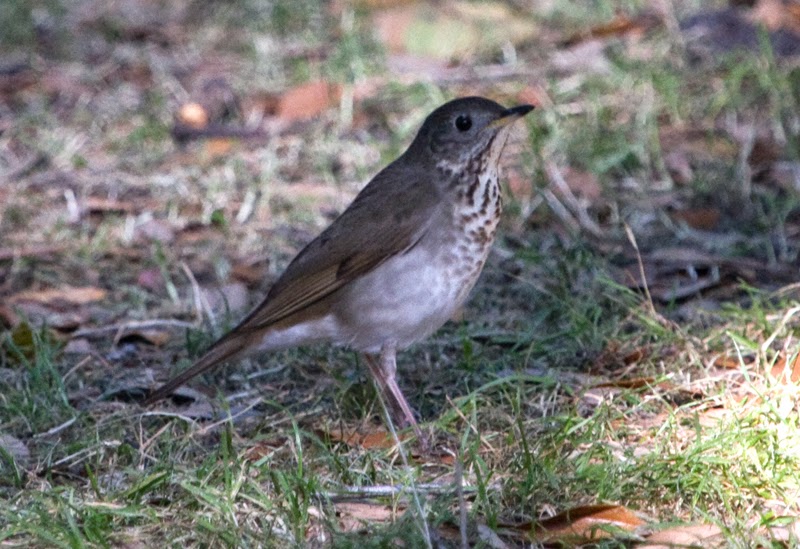 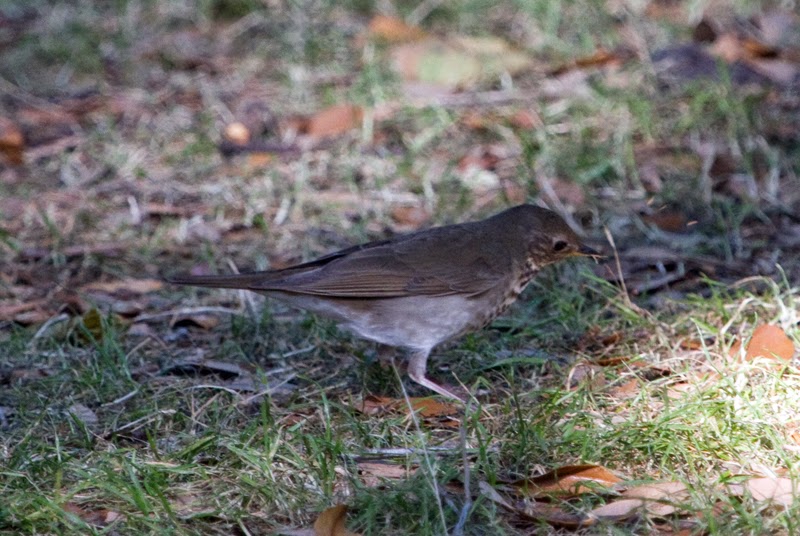 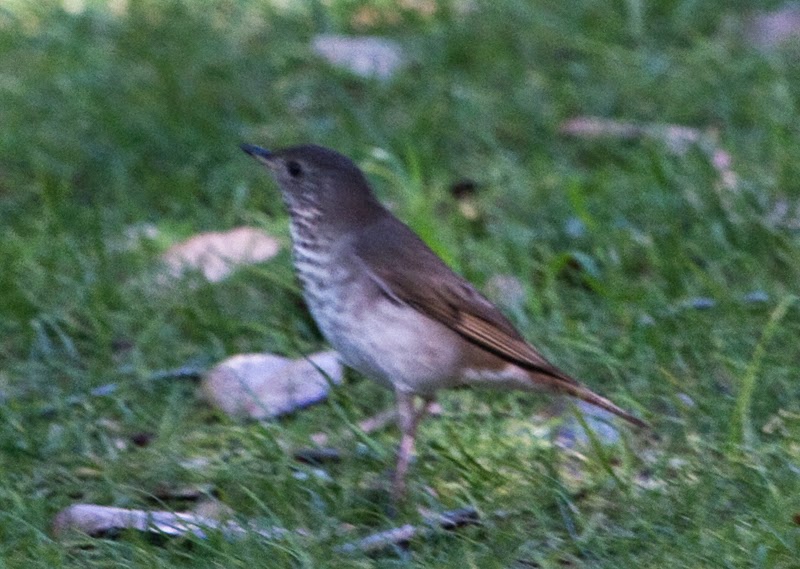 Posted by Diana Churchill at 7:18 PM